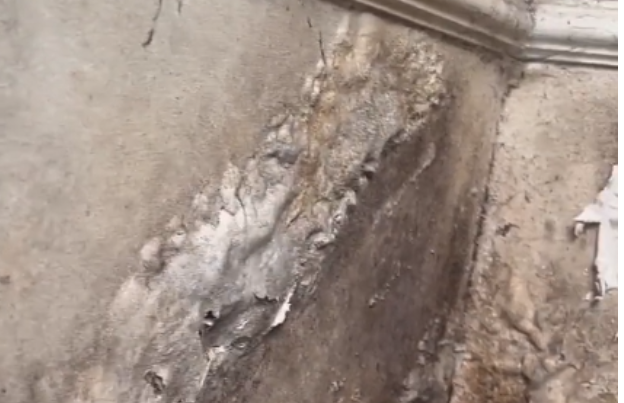 ‘HORRIFIC’ My toddler, 2, struggles to breathe as our council home is COVERED in black mould, says mum as she turns down new house

A MUM-OF-FOUR living in ‘London’s mouldiest flat’ wept as she told of how her children vomit at night while her two-year-old gasps for breath.

The nurse, who lives in a Catalyst Housing Association property in Croydon, said she hides in her room to avoid the rotting walls.

Kwajo Tweneboa says the mould is so severe it’s ‘literally 3D’, with walls of the living room rotting away, while a two-year-old girl struggles for breath at night.

Speaking to housing campaigner Kwajo Tweneboa, she said she’s been asking the company for help since 2017 – and even took them to court a year ago when the ceiling caved in.

However, she said nothing has happened since then – while surveyors told her it’s her “lifestyle” and she simply needs to open a window.

Catalyst says the family have been offered two three-bed houses, both of which were turned down.

“My mental health has really gone downhill,” the mum said.

Click here to read the rest of the article at the Sun.

If you have been affected by any of the issues raised in this article, for immediate assistance contact the tenant helpline on freephone 0800 093 8855.